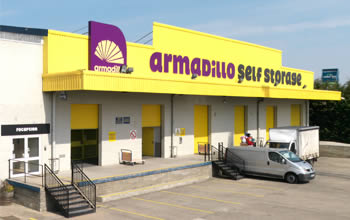 Unpacking after your move a how to guide

The process of moving house consists of a great deal of move related tasks whose timely and successful completion pre-determines how your entire residential move will play out.

Yes, the relocation process is all about impeccable organisation of the various jobs you are expected to take care of, and as you surely know by now, each stage has its signature task of monumental importance – finding a top rated moving company during the initial orientation period, packing up your home for a move during the preparation period, and of course – unpacking and organising after your move during the final stage of your relocation adventure.

Hopefully, you will have had a smooth residential move with no serious problems of any kind. And then, the moment your professional movers or your non-professional helpers (aka your friends) leave you with mountain-like piles and stacks of cardboard boxes filled to the brim with all sorts of items, it’s time to turn your attention to another unwelcoming but must-do marathon – unpacking!

Learn the best way to unpack after moving with the help of expert unpacking and organising tips that have been proven to work every time.

Help unpacking after a move

Now, the first thing to ask yourself while you’re looking anxiously at all the moving boxes that have been recently delivered is whether or not you will need unpacking help, and if yes – what type. There are a few factors to consider here:

If you are forced to unpack quickly after moving house, then you should seriously consider hiring helpers to finish that task as fast as possible. The problem with unpacking is that, similar to packing, it is one of the most time consuming jobs that you will find in your personal moving calendar.

Unpacking should be done in a systematic manner that makes sense for you.
How long does it take to unpack after moving? Well, there’s hardly a unified answer to that essential question, but the case-by-case nature of moving house suggests that the unpacking time is directly influenced by

1) the number of boxes to unpack and protected furniture pieces to arrange and re-assemble,

3) the presence of special items that can slow down significantly the entire process.

Therefore, if you’re starting work in the new city in a few days’ time or if you must meet another fast approaching deadline, then initiating and completing the unpacking challenge all by yourself seems to be out of the question. Reach out to your friends and promise them even greater fun than the one they had while giving you a helping hand with the packing project.

Sometimes you may not have a choice but to resort to professional unpacking services. For example, if you happen to have antique furniture pieces that are too expensive or dear to your heart, or ordinary furniture that requires special re-assembly skills, then your best course of action is to re-assess the increased risk of unpacking by yourself, and do what’s best for both your you and your valuable possessions. Contact your relocation partner again to learn the conditions for the unpacking assistance you need.

How to unpack and organise after moving

Having determined whether you’d be better off asking for timely professional or non-professional help, or whether you have the time and skills to unpack by yourself after the move, it’s time to take a look a closer look at the unpacking steps you’re recommended to follow:

What rooms to unpack first

Luckily, there’s a highly logical rule when it comes to which rooms to unpack first, and that rule states that you should unpack and prepare the rooms according to their occupational significance.

Bedroom. After an energy draining moving day, there can’t be a real debate about which room should be unpacked first. A few words will probably be already flashing in your head like an emergency light (BED, SLEEP, PILLOW, and REST), thus demanding immediate action from you. If the bedroom of your new home is not pre-equipped with a bed, assemble the one you’ve just moved or consider getting one to be your top priority. One thing is clear though – you won’t be able to go through another day without a good night’s sleep, so your bedroom is definitely the first room to unpack and set up for normal occupation.

Unpacking and setting up the kitchen has a high priority tag attached to it, but the bedroom still remains the first room to unpack.
Bathroom. The good news is that the next room is pretty straightforward to unpack and get ready for use. Of course, that room is the bathroom – the very place you want to be in after endless hours of hard move related work. As long as there’s running hot water, you’re fine – just stack up towels, hang the shower curtains, get your toiletries in, and you’re basically ready to wash away the moving day stress and accumulated dirt.

Kitchen. You’re going to need free access to the new home kitchen to maintain your energy levels high during the initial post move period. However, it’s good to know that unpacking a kitchen and making it fully operational can take days, so it’s best if you unpack and set up only the absolute essentials, and organise the rest of your kitchen little by little. Get the main kitchen appliances as a refrigerator and a cooker up and running such, and then move on to the smaller electric appliances such as a coffee maker, a microwave oven, and so on.
After you have unpacked and set up (partially) your new home’s bedroom, bathroom and kitchen, you can follow an unpacking schedule that actually makes sense in your particular case and suits your immediate needs at the same time. In most cases, the storage areas your new house or apartment has will be the last ones to get organised after your local or cross country move.

How to unpack after moving: quickly, efficiently and easily

You will soon realise that the best way to unpack after moving is to prepare a personal unpacking calendar and stick to it from Day 1. The personalised and prioritised timeline will help you organise your time effectively and will eventually boost your unpacking speed to the level that you desire.

Pay special attention to the next fool-proof unpacking tips after moving:

Inspect your boxes. Your very first unpacking step is to inspect the freshly delivered boxes and check them against your moving inventory or your packing list to make sure every single item is accounted for. If you do find a box or something else to be missing, then contact your movers immediately and let them know.
Sort out your boxes. After the initial inspection, it’s time to ensure that the proper containers have been carried inside to their correct destination rooms, that is all KITCHEN labelled boxes end up inside the new kitchen. If you have used our solid advice on how to label moving boxes, the chance of unpleasant mistakes and time wasting mix-ups is practically zero.

Get rid of no longer needed packing materials on a regular basis to avoid cluttering up your new home.
Unpack essentials boxes. The main idea behind packing essentials boxes in the first place is for them to be unpacked first as they contain nothing but life-savers. Click here to learn the important role of the so-called open first boxes.

Take care of your furniture. The satisfactory answer to the question how to unpack after you move continues with unpacking step number 4, which is all about proper prioritisation. Thus said, you are strongly advised to unpack, re-assemble and set up your large and heavy pieces of furniture before you get down to emptying the packed boxes. Have a good idea where you want each piece to be positioned in advance to avoid having to move it again later after it’s been assembled. As mentioned before, this is the unpacking stage where you should definitely consider expert help.
Unpacking speed considerations. Unlike the process of packing up your home before a quickly approaching deadline (your scheduled move date), unpacking, when organised well, allows for a more stress-free experience. In fact, you are given a greater control over the unpacking speed thanks to the lack of a day or time set as your finish line. So, as long as you’ve made sure the most essential rooms are good to go, you can choose to slow down the unpacking pace in exchange for other more urgent tasks. Moreover, some of the packed boxes can be placed temporarily in storage until a later time (usually items intended for your storage areas anyway – garage, basement, attic, etc.).
How to unpack quickly after moving? However, sometimes you may not actually have the luxury of unpacking at your own comfortable pace, and then you should use little clever tricks to boost your unpacking speed. Here they are in no particular order:

1) Do not put off until tomorrow what you can unpack today,

2) Dispose of packing materials properly and in a timely fashion to avoid perfectly avoidable delays,

3) Clean up on a regular basis as you’re unpacking your rooms one by one to prevent an unpacking mess and a post move chaos,

4) Consider asking your friends for help if time really proves to be your enemy.

How to get motivated to unpack after moving? Having gone through the crazy preparation period that included the champion of all pre move tasks – packing, and then having made it through the nerve-wracking Moving day, the question of how you should maintain your motivation to unpack after moving suddenly turns out to be an excellent question. Luckily, a great way to keep your motivation alive is to set mini goals before you, and then reward yourself however you deem appropriate right after each of the mini goals is completed.